Abstract: The article examines the pedagogical views of the largest representative of medieval Eastern philosophy, the scholar- encyclopedist al-Farabi. His views on the issues of human cognitive activity, morality, and problems of education are described. The conclusion is made about the role of the great thinker in the spiritual progress of mankind.

Abu Nasr Muhammad ibn Muhammad al-Farabi was born in 870 or 872 in the city of Otrar, today it is the territory of modern Kazakhstan, died either in 950 or 951 in Damascus, the capital of modern Syria. He is the largest thinker of Eastern Islamic philosophy of the early Middle Ages, in addition, he also studies and contributes to the development of pedagogical science, mathematics and music theory. It is believed that al-Farabi received his initial education in Otrar, then he studied in Bukhara, Samarkand, Tashkent and Baghdad. The last years of his life he spent in Cairo, Aleppo and Damascus. Al-Farabi became more famous as the author of numerous commentaries on the works of Aristotle, Plato and other ancient thinkers. Numerous works have made him widely known, it is no coincidence that this man was called the "Second Teacher" (after Aristotle), or "Aristotle of the East." I must say that even his comments often went beyond the ideas proposed by the author and the works he was considering. In general, most of his works are original, both in title and in content, the results of independent research on topical issues of medieval socio-ethical and pedagogical theory.
Al-Farabi's creative heritage is huge, about 160 works, on the subject of his works cover almost all spheres of medieval knowledge. In this sense, he was an encyclopedist of his time. In general, he was primarily interested in the philosophical, theoretical meaning of various sciences. Moreover, starting with al-Farabi, Eastern Peripatetics began to view philosophy as a science designed to serve not only truth (theoretical reason), but also good (practical reason). In terms of content, all of al-Farabi's works can be divided into several groups, let us single out only those that are of direct importance in the development of pedagogical thought: treatises on general philosophical problems, devoted to general properties, laws and various categories; treatises on the issues of human cognitive activity, on the forms, stages and methods of cognition; treatises on morality and its categories, problems of upbringing, social and political life, peculiarities of the social system, issues of public administration. Among them it is necessary to name such as "The Pearl of Wisdom", "On the Foundations of Knowledge", "On the Merits of Science and Art", "Pointing the Way to Happiness", "Philosophical Questions and Answers to Them", etc. 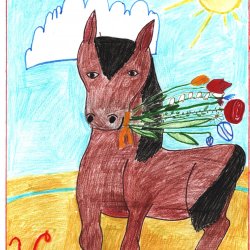 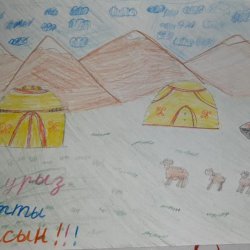